Apeiron Photos, celebrating its 20 years in the photography business, invited and challenged 20 creative teams to portray the last twenty years in posters. Each team was given a year at random from 1989 to 2008 while the theme of each portrayal was up to the teams. The exhibition was presented at the Municipal Gallery of Ithaca and at the Bios multi-centre in Athens.
Our participation portrays 2004, the year of Greek renaissance and national pride with the winning of the Euro and the organising of the Olympic Games in Athens. 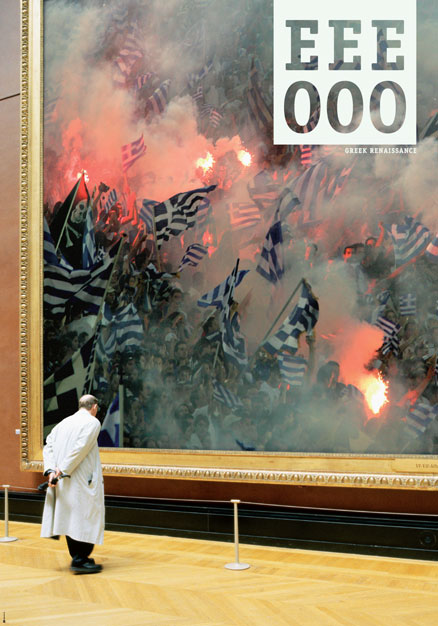