Logotype for Berenice, a Greek e-shop for extreme hair products. Berenice was an Egyptian queen known for her long and beautiful hair. When the king was away for war Berenice pledge to the goddess Aphrodite to cut off her hair in return for her husband's protection. After weeks of waiting the king returned safely to Berenice, and as she had promised Berenice cut off her beautiful locks and left them at the alter in the goddess' temple. The king was furious with what Berenice had done, and went to the temple but did not find her hair. The priests explained the King that the goddess was so pleased with Berenice's sacrifice that she had taken the blond hair and created stars, Coma Berenice. Crown yourself in stars' colors! 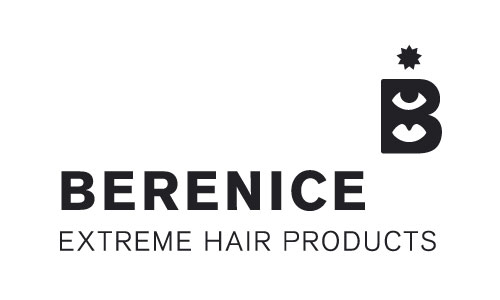